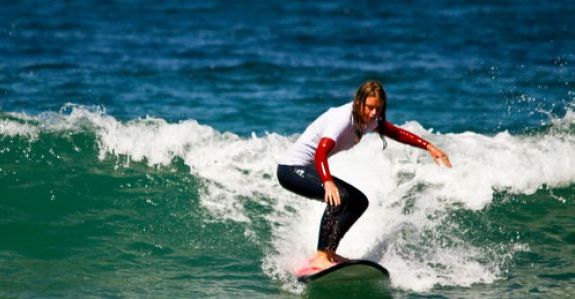 Surfcamp Portugal is located just few meters away from the  beach Foz do Lizandro  in Ericeira, Portugal.  It is an ideal surfing getaway not only for  seasoned surfers but also for  beginners. It is the surfing capital of Lisbon area and   a regular spot for World Surf Championship. Portugal is known as Europe’s Mecca for surfers. Ericeira was recently named among the top 3 World Surfing Reserves.

Suncroket is a family-run yoga retreat which is located in a traditional Dalmatian village of Croatia. The retreat is counted among best yoga retreats in the world. Suncroket gives a rustic experience which is exhibited not only in the surroundings but also in the slow-paced activities which suits every levels.

Les Passeroses was originally a farm house which was later converted into a retreat. The entire retreat is set in lush green surroundings. If you are visiting this retreat during summers, you can see beautiful yellow sunflowers around the property. Les Passeroses not only welcomes yoga enthusiasts from all around the world, but it also receives tourists from various fields like artists and photographers. Reviews describe Les Passeroses as ‘one of the best yoga retreats in France’ and ‘top 10 holidays destinations in the world’.